Why Women need to Stop with the ‘January Detox’ Mentality

Our guest blogger, Sophie Palmer, of Sound Creative tells us why our gender’s self-flagellation is stifling our potential to burst through the glass ceiling.

‘I’ve been really bad this weekend’ is a popular opening statement on a Monday morning. ‘I’m going to be good for the next few days’ tends to be the follow-up and one that gets everyone else nodding in agreement. I have only ever heard women talk like this.

To clarify, ‘bad’ is anything from eating carbs and drinking alcohol to having a lie-in. When giving a weekend update, it’s not enough to list the fun we had – we need to add the caveat that obviously we’re not going to eat for the next week in order to undo the terrible behaviour.

The good and bad labels attached to what women do, and the expectation that we must do one to correct the other, means we are living in a constant cycle of the Christmas splurge and January detox. Perceived excess must always be followed by displays of restraint and moderation.

The standards are so impossible that they could be likened to the before and after photos on the front of fitness DVDs. They offer a clear distinction between right vs. wrong (intrinsically linked to appearance) – if you don’t look like the after picture, then you need to.

In short, we are under a large amount of pressure to behave perfectly.

The same rules don’t apply to men; they are allowed to be flawed and make mistakes and are not subject to this level of scrutiny – which is perhaps why we don’t judge them in the way we do each other.

Women are pitted against each other constantly in the media – old vs. young, working vs. stay-at-home mums, hysterical vs. cold…”

The fact that 53% of white women voted for Trump tells us what we need to know about the bottom line for some female voters. For some, the bottom line could have been that Hillary was more experienced, knowledgeable and better suited to the role.

Yet, for the majority of white female voters, these were not deal-breaking factors.

Madonna said she felt ‘betrayed’ following the election and that the number of women voting for Trump could be attributed to ‘jealousy and some sort of tribal inability to accept that one of their kind could lead a nation.’

Women are pitted against each other constantly in the media – old vs. young, working vs. stay-at-home mums, hysterical vs. cold – and you can see how some of the perceived competitiveness would be absorbed.

While the reasons for Trump’s win go far beyond apparent jealousy amongst females – to use Madonna’s argument, Obama would never have been elected as he belongs to an ethnic minority who could have begrudged and ultimately halted his success – the ceiling for women inevitably impacts their thinking.

Women need to feel they are allowed to succeed; that there is not a finite amount of prosperity to go around and that they must compete for it. Having this confidence gives women the tools to help each other succeed. 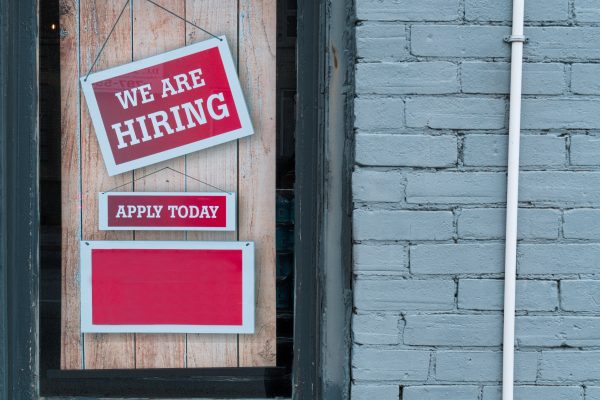 Subscribe to our newsletter to get a warming ladle full of birdsoup updates now and again. We won’t get spammy, of that you have our birdy word.
PrevPreviousBirdsoup Launches to Propel Women’s Careers in Marketing & Media
NextHappy Galentine’s Day – it’s time to show some love to the women in the workplaceNext